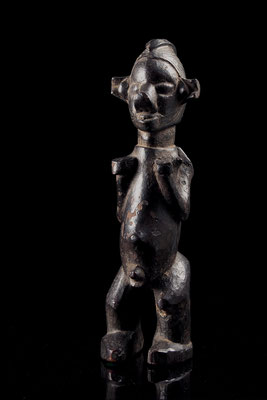 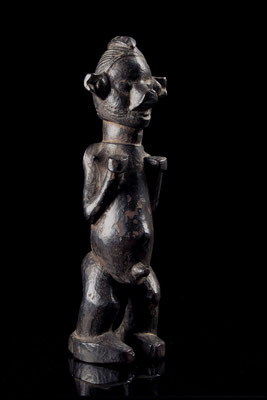 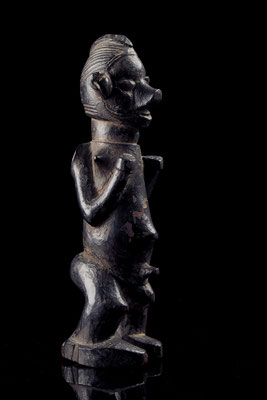 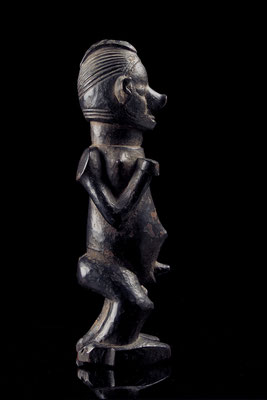 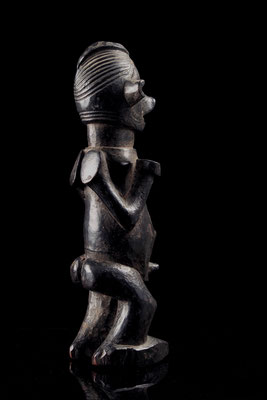 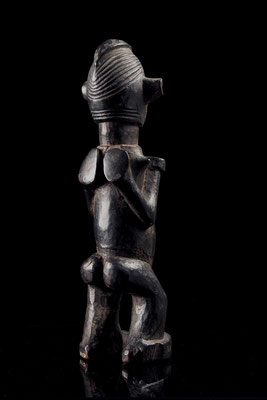 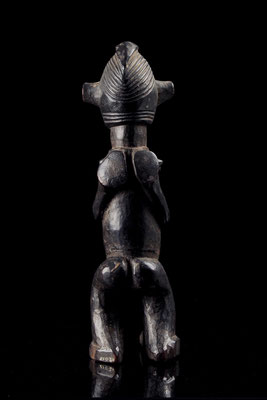 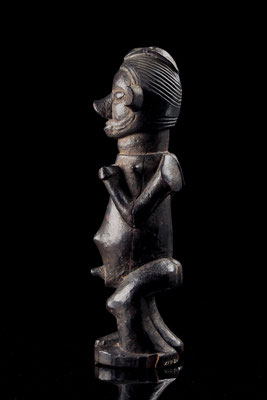 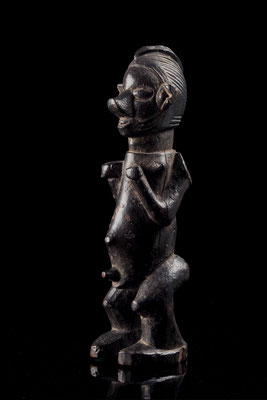 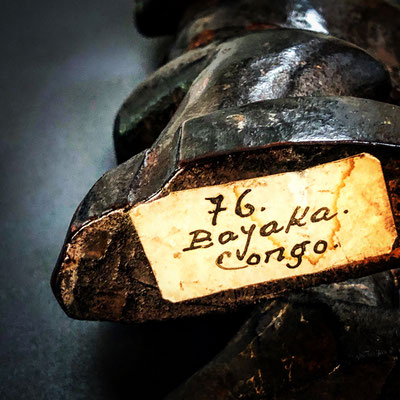 The Yaka and Suku are neighbouring peoples in the Kwango region. They have common origins and beliefs. So-called Biteki statues were used in both cultures. Also called "Khosi", this is also the name of the curse/magic they were used to fight. In their function these sculptures serve as vessels or carriers for magical preparations. (Bourgeois, Art of the Yaka and Suku, 1984, p. 107). The latter had been inserted here into the holes drilled on the crown and in the ear cavity. Other attributes may also have hung from a raffia belt, the deep abrasion around the hip being traceable.

Despite their immense cultic power, these figures with their delicate gestures and lowered eyelids appear almost sweet and harmless. The arms angled to the chin in a V-shape are a typical gesture of these figures. The face shows expressionistic features. The whole figure is covered with a wonderful dark patina, the depth and nuances of which bear witness to the great antiquity of the work.

The first owner of this figure was the German painter Klaus Clausmeyer (1887-1968), who had completed a much-acclaimed collection of African art after the First World War. Before his collection was transferred to the City of Cologne and to associated museums this piece was sold to the Africa Museum in Amsterdam. From there it went into the collection of Bernd Muhlack in 1966.