This Nkisi miniature is a masterful representative of the Woyo Kakongo style as defined by the research of the French missionary Constant Tastevin in the early 1930s. Woyo and Kagongo are subgroups of the Bakongo people living in the Congo estuary in the area between Cabinda and Boma. As they are stylistically very close to each other, their works are largely treated as a unity, but this does not make it any easier to distinguish them from the works of their neighbours (Yombe, Vili) - in this respect I thank Sotheby's for taking this decision in 2014.

The figure gains its power through various magical-religious charges. A reliquary placed on the belly and closed by a reflecting glass pane, above it a single hand-forged iron nail. Two resin charges, one on the back and one covering the skull, additionally held by bamboo canes. In addition, two bamboo clubs placed contrary to each other under the crooks of the arms.

The face is lovely and radiates youthfulness, wisdom and foresight at the same time. The gaze directed towards the sky is a central gesture in the iconography of the Bakongo, to be understood as a view into another world, as well as the hands placed on the hips, which stand for determination and focus. Also formally, this figure is probably one of the most beautiful and contrasting of its kind. Harmonious, delicate and richly detailed carving and a charming play of colours.

The first known owner of this figure was the German painter Klaus Clausmeyer (1887-1968), who had established a much-acclaimed collection of African art after the First World War. Before his collection was transferred to the City of Cologne and to associated museums this piece was sold to another European Africa Museum. From there it went into the collection of Bernd Muhlack in 1966.

The fact that this figure is among the icons of African art from German collections is thanks to Karl-Ferdinand Schaedler, who published it in 1973 in his standard work "Afrikanische Kunst in deutschen Privat-Sammlungen" (African Art in German Private Collections). This is probably also the first time that the international public has noticed it. Later, in 1984, there was another public appearance in "Zauber Mit Bildern: The Magic Image between Witchcraft, Magic and Religion". 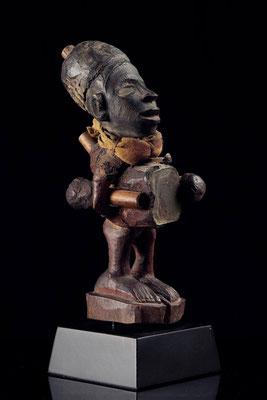 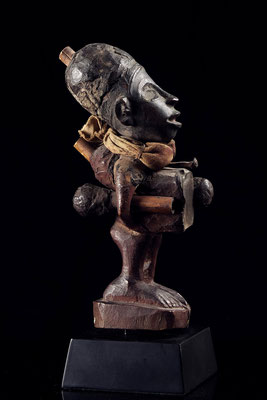 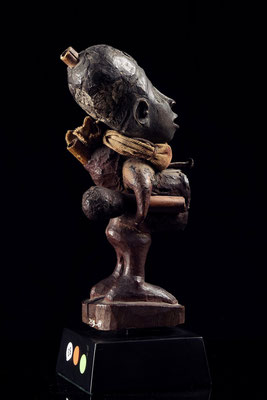 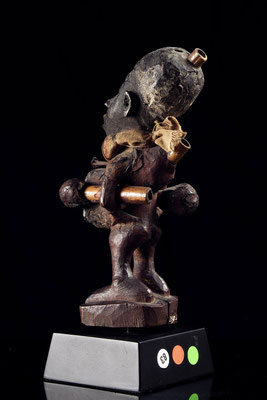 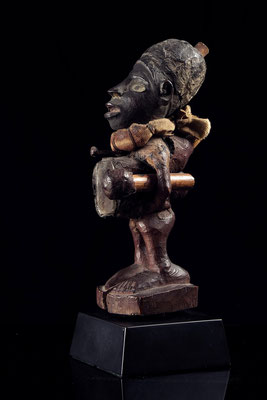 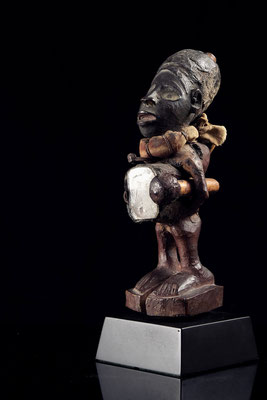 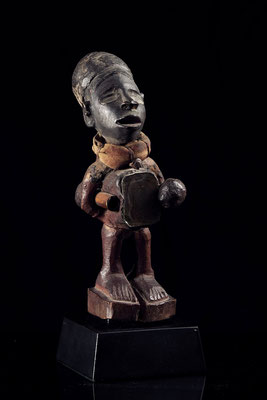 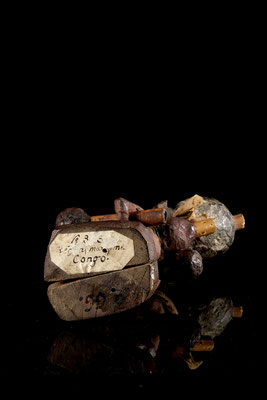