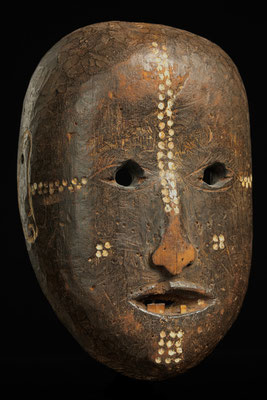 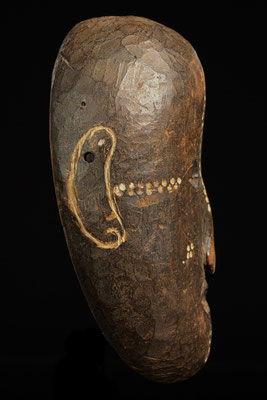 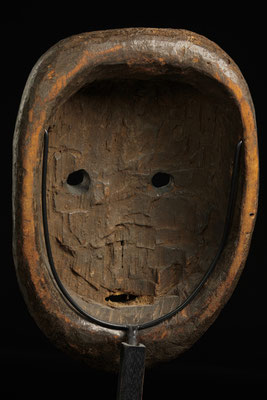 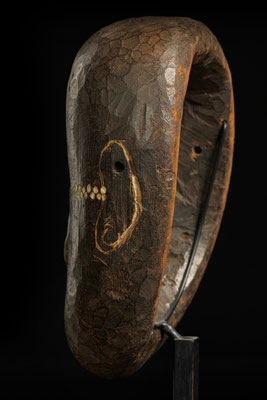 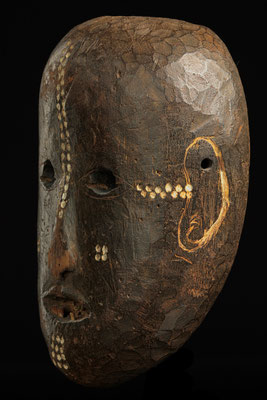 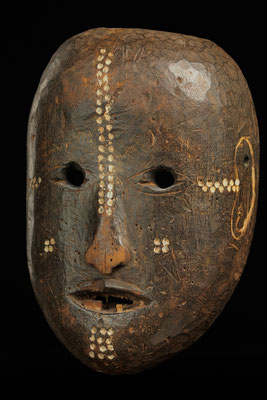 Very old initiation mask DAGARA of the Ngbaka from the Democratic Republic of Congo. Oval shape, concave face with dotted scarification. The triangular nose is strongly abraded and covered with old patina. In the open mouth there are still single teeth made of metal strips. The pupils of the otherwise only indicated eyes are uneven and roughly drilled, the ears are also only indicated.

All in all a wonderful example for the simple yet strong interplay of forms and patterns of tribal art from the Congo.

The Belgian Cyrille Houzét (1921-2011) came to the Congo in the 1940s. There he met Father Gustaaf. Probably in the 50s he received some masks from Father Gustaaf.